I plan to live forever!  Just finishing day 6 of the year and so far so good.

This year it will be 65 years since this kid joined the planet.  i say “Kid” because I have considered myself one for so many years then all of a sudden I realize I am becoming an old man!  I am having trouble dealing with that.  If I am old then I have to have wisdom right?  The only piece of wisdom I could think of for those younger than me, is to embrace your age as it is not coming by again.

I have had the good fortune to have had a most enjoyable life only because I decided sometime ago that was the only life I would live and it is still paying dividends.  I would list them all, and you fit in there as well, but the list would be too long for you to read.

Someone recently told me how lucky I was while they have had terrible challenges but I can assure you everyone does.  I have been rich, gone broke, been jilted, divorced, died in a ditch, then rose again rebuilt with left over motorcycle parts found at the site, lost close friends, a parent, yet I am lucky because I am here and enjoying every day and I can’t think of any excuse for you not to join me in a feeling of gratitude.

I had to stay home New Years Eve as I suffered from a head cold and couldn’t think of anyone I should visit and contaminate. Instead I sent my 40 year younger clone out to escort Myrna to a house party and celebrate the birth of a New Year with friends.

As I sat there I donned my top hat (yes I have a good one, doesn’t everyone?) It is the first time I wore it since my oldest daughters wedding… 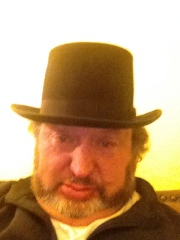 But I digress; I am thinking about the past years I have so many thoughts but few that would be of unique interest to you so I will spare you all the apple pie stuff. (I don’t suppose Apple has trademarked that Phrase yet did they?)  And instead go right to what is going to make turning 65 and 2014 the best year yet!

Let begin at the beginning… as the clock turned midnight and one year slipped into another I think it was the first time in my life I had spent New Years Eve alone. I was armed with coke and a lot of drugs to snort.

Somehow it was not as exciting as I was always led to believe it is.  While the snorting cleared my sinus and head for a moment now this writing only look clears to me.  The coke on the other hand is just a cheap high for a diabetic, but hey everyone was celebrating and in someway damaging our bodies, and it is only one night a year, right?  So I drank on… a full can of coke all by myself.

Seen below one day old being cuddled by big sister Nora. Is your family growing?  Think about how you can draw them all closer this year they are the real treasure in this life.

While some people pine for a new car or some other big ticket item this year, my brother-in-law is ecstatic that he will get a new kidney. There is a contest to see whether the wife, Myrna, or her sister will have the honors.  It is a great opportunity to give the gift of life.  Myrna is so eager to donate yet I still can’t get one of my genetically matched son’s to donate hair follicles to me, although one did say if I was dieing of baldness he would consider it?  That almost killed me but still no offer of more hair. If you are still getting around consider yourself also lucky.  Some days all my metal parts seem to be too cold to work right and I have trouble moving but I can move so I am thankful for the miracles of modern medicine.

Speaking of the Brother-in-law, we shared a home in Phoenix for our retirement years but this kidney thing has been putting some pressure on him then out of nowhere a realtor we knew in Phoenix called and asked if we would sell the house for $80,000 more than we paid?  Even after fees the offer came at the right time to relieve some of the brother-in-laws stress as well as allowed us to address some of our own health concerns, making the decision and sale quick.

We already miss the home and we are now homeless as far as the US is concerned but the good news is that it appears the US economy must be improving, which can only be good for all of us in the long run.

We will probably never have another opportunity to buy a home so cheap and will miss our visits and friends in Phoenix, however we see 2014 as an exciting time to be in Okanagan real estate. If you don’t have investment property here, now is the time to buy.  It appears we have an accepted offer on both sides of a duplex and although the inventory of homes is falling there are still good deals to be had. If interested call Myrna, as I am still not allowed to work, but that is a whole other long and boring story.

The best part of 2014 is Myrna is feeling great now having had her spine operated on at the base of her neck last month and she should soon be back running soon.  The only disturbing part is they fixed it from the front leaving a scar which goes half way across her neck and she loves making comments indicating I had something to do with it. The second thing we can all be grateful for is our health and any amount of health that allows you to live above ground is good. 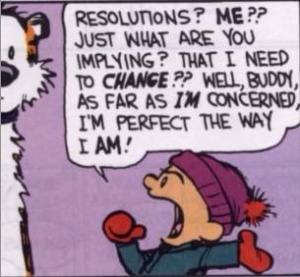 New Years always seems to be about losing weight but as it turns out according to my doctor,  I only have another 80 pounds to lose then I will be just overweight instead of overly obese. What a goal, I am going to try and be just fat!  I may need your support and encouragement. In ten months I only need to lose 8 pounds a month to reach that goal by my birthday.

If I do I will throw a large party of tofu steaks and greens and you can all come, if I don’t lose any weight again this year we shall not speak of it again.  Anyone want to join me in any weight challenges?

Speaking of the best part, Myrna is also committed to taking more time off this year so we can travel and Alberta is highest on the list so if you have a low calorie meal at your place just like the post and we will show up.  We will be in Edmonton in the spring for the transplant and a wedding.

In late summer my buddy Kevin and I are planning to take an old car down Route 66, Chicago to LA and yes there are side trips planned for cousins I have never met.  Want to join us?  the car has to be older than you!  My one commitment is to plan more time with old friends, think about this for your coming year as well. Who could you get together with and what adventure could you plan?

Family is always at the top of the list and their year is looking good as well. My oldest daughter Katherine and husband are starting with the new son, and living a great life in Surrey.  The second daughter, Shauna is now beginning a new life in Langley with her two and looking forward to a good new year closer to her mother, sister and friends.  Our oldest son, Carson is now done football and is walking away with the highest of prizes, no brain damage, always a plus in that sport.  Now he plans to settle down as a university career student.  He is partnering with us on a side by side duplex where he and his girl friend Priscila will live on one side while renting out the other.  The youngest son, Liam, the musician is on his way to Nicaragua this week to stay with Myrna’s uncle for a month or so.  He is finished university and now looking to forge a career in the music industry. Our chosen daughter Jaine, is living in Calgary and planning a wedding with a wonderful young man, Ryan for April so look for us in Southern Alberta then! All families have some ups and downs and so did we this year as we became estranged with one of our kids but fortunately that fence seems to be mended and we are happy to be as one again!  If you want less stress in your life who do you need to make amends with?  Don’t wait another day as we don’t know what tomorrow may bring, call them tonight and set up a time to meet.  It doesn’t matter who’s fault or why it happened the bigger person will extend a hand and welcome the other back.  Be that person and watch the stress melt away.

Myrna still works too hard but we have two meetings this year, one in LA the end of February and one in Niagara in September which we plan to take an extra couple of days just to chill, so yes we are fortunate as we look forward to a great year.  The destination doesn’t matter it is the getting away

and being alone with someone you love that matters, even if it is just out of town in a tent.

No matter our age take the time now, even though I plan to live forever one never knows what the future brings and as a good friend of mine, about my age, told me this past week, they are beginning to weed our row!

Thanks for bearing with me!